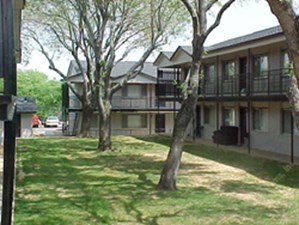 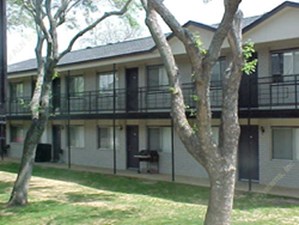 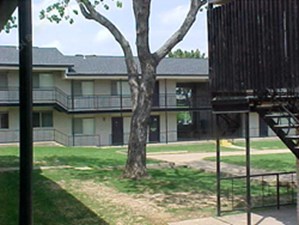 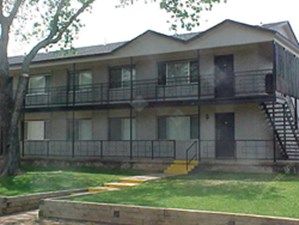 Nestled between Fort Worth and Arlington, Lancaster Village Apartments offers a range of floorplans that includes efficiencies, one and two bedroom units. Two bedroom apartments have one or two bathrooms.

The apartments are part of the Southeast Meadowbrook neighborhood. Without traffic, the complex is only 13 minutes drive time by car to downtown Fort Worth, while the same trip is 28 minutes by bus.

After the commute, relax in a well-appointed apartment that features wall-to-wall carpeting, ceiling fans, walk-in closets, and mini-blinds. Cooking an evening meal is a pleasure due to the modern kitchen that has a self-cleaning oven, garbage disposal, dishwasher, pantry and frost free refrigerator. On laundry day, two large laundry rooms make quick work of the job.

Lancaster Village is part of the Fort Worth school district. Nearby schools include Handley Elementary, Meadowbrook Middle and Eastern Hills High School.

The complex welcomes pet owners who are allowed two small pets. There is a courtesy patrol, and emergency maintenance is on call 24 hours each day. Several shops and restaurants are within walking distance, as are several bus lines. RelayRides provides car sharing service in the area.

Nearby recreation areas include Sycamore Park, Oakland Lake Park and Lake Arlington. Access to the entire Fort Worth region is easy due to the central location just west of Interstate 820 and south of Interstate 30.